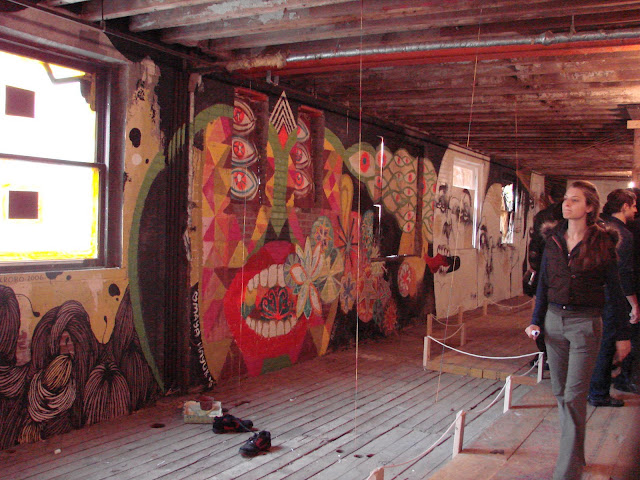 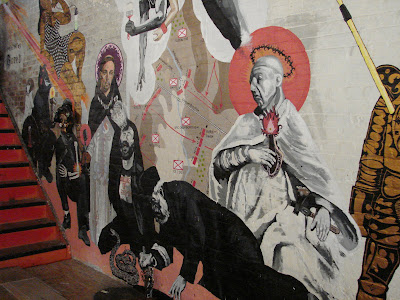 Am inspired by my friend ming the merciless
to dig out these shots from last year. There's a building on Spring Street
in Soho that was empty for years and a favorite canvas of graffiti artists.
Rupert Murdoch's son bought it, then sold it to a developer for lots o' $$$.
Now the developer is creating three luxury condos.  They may be
completed by now.  I don't really care, since prices for these places were to
range from an obscene $6 million to $18 million (well, that one DOES come
with its own garage).  Still, just slightly out of my price range.
But before they began work, they invited graffiti artists from around the
world, who came and covered every square inch of the place.  I heard they
were going to cover it with sheetrock rather than paint over it, at least.
Anyway, it was amazing for the few days it lasted.
Posted by Alexa at 00:01

Alexa
My camera has become the thing I can't leave home without. The computer is my new darkroom and this is a little gallery for sharing with all the wonderful friends I've made through blogging.

Please check out my other blogs: